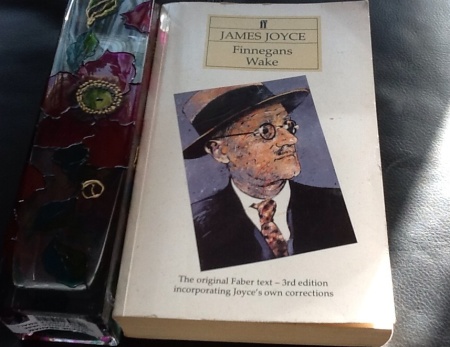 As I am awaiting a few books to arrive, having pre-ordered them, I thought I would give James Joyce’s FINNEGANS WAKE a revisit, for gestalt real-time review purposes, which would represent a follow-up to similar such reviews in recent months, eg Rameau’s Nephew and Jacques the Fatalist by Denis Diderot, The Inmates by John Cowper Powys and The Magic Mountain by Thomas Mann. But FINNEGANS WAKE might be a challenge, too far! The passage below represents the first three paragraphs of this book, i.e. about two-thirds of a page, and there are 628 pages in total! But if I do continue with this public review it will appear in the comment stream below.

riverrun, past Eve and Adam’s, from swerve of shore to bend of bay, brings us by a commodius vicus of recirculation back to Howth Castle and Environs.

The fall (bababadalgharaghtakamminarronnkonnbronntonnerronntuonnthunntrovarrhounawnskawntoohoohoordenenthurnuk!) of a once wallstrait oldparr is retaled early in bed and later on life down through all christian minstrelsy. The great fall of the offwall entailed at such short notice the pftjschute of Finnegan, erse solid man, that the humptyhillhead of humself prumptly sends an unquiring one well to the west in quest of his tumptytumtoes: and their upturnpikepointandplace is at the knock out in the park where oranges have been laid to rust upon the green since devlinsfirst loved livvy.

FIRST PAGE OF THIS REVIEW IN COMMENT STREAM BELOW 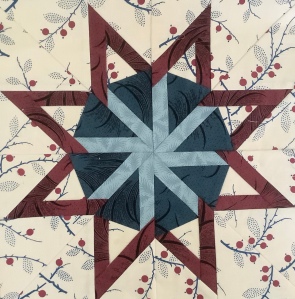 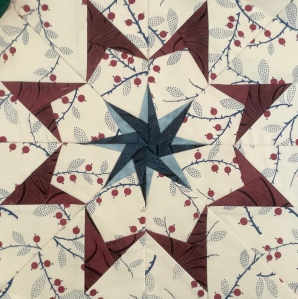 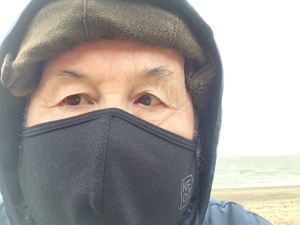 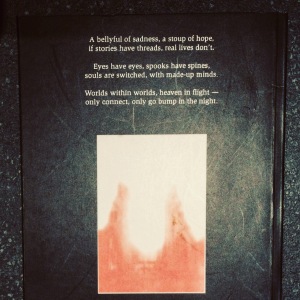