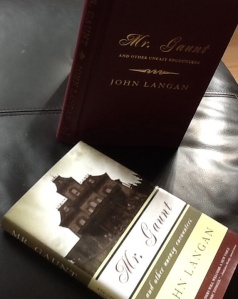 My earlier review of ‘The Wide, Carnivorous Sky’ by the same author.

MY REAL-TIME REVIEW WILL TAKE PLACE IN THE COMMENT STREAM BELOW AS AND WHEN I READ THIS BOOK:-

14 thoughts on “Mr. Gaunt and other uneasy encounters”