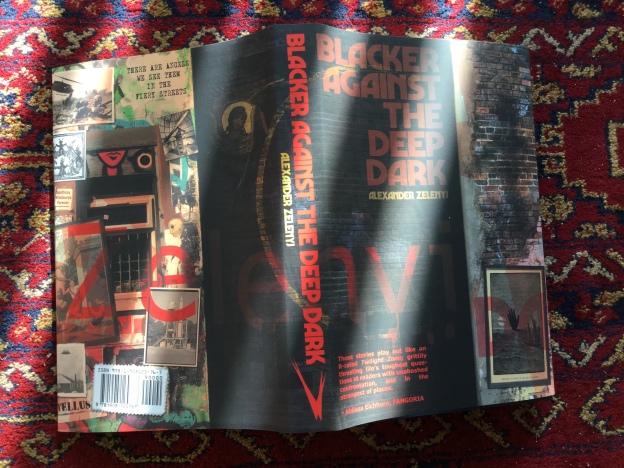 When I read this collection, my thoughts will appear in the comment stream below…

57 thoughts on “Blacker Against The Deep Dark – Alexander Zelenyj”