“Only later does the book discover that the world is quite a different world from the one for which it has been prepared.” – from Prelude of Nemonymous Night

I had genuinely forgotten some of the now possible relevances in this book, but I have just been reminded on Facebook to look for them in my long novel NEMONYMOUS NIGHT (Chômu Press 2011) — and I found this:

**See more in the comments to this post below** 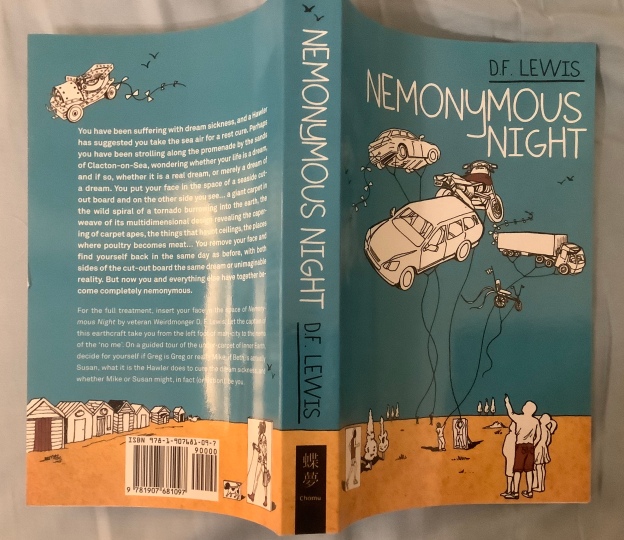 EDIT: The great cover is by Heather Horsley

34 thoughts on “The Dream Sickness”