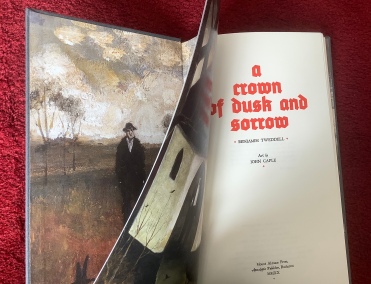 9 thoughts on “A Crown of Dusk and Sorrow – Benjamin Tweddell”