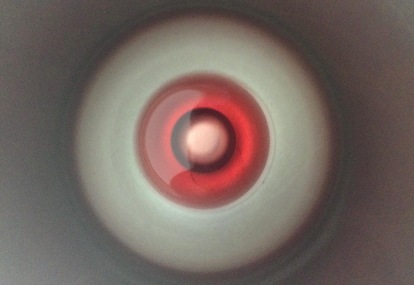 “…whereas in this world one is certain of nothing, since light is an illusion and noise is deception.”

This is the famous disturbance of my youth yonks ago when I first read it. The Horla that eventually became the Hawler of my soul. A French man here who sees a Brazilian ship pass by at the beginning, and later hears from a monk on Mont St. Michel about a he-goat and a she-goat talking like a man and woman, and even later he sees the pages of a book being read by an invisible being that also drinks his drink when he is asleep.
From ancient beliefs to Mesmer, and the five thousand francs inculcated by a seance, and the scene amidst the rose-trees and the “opaque transparency” and those beings that inhabit stars. One such being becoming the vampire or incubus that is yourself taunting yourself, whatever the brand of madness that then makes you set fire to others so as to destroy whatever it is you think needs destroying!
And whatever the opposite indication, via untruths told us by this text, the Brazilian ship did not come full circle by the end. The “brute machine” was elsewhere. On Frog Island, I guess.
Just one of the many different versions of the wind.

“There was no moon, but the stars darted out their rays in the dark heavens. Who inhabits those worlds? What forms, what living beings, what animals are there yonder? Do those who are thinkers in those distant worlds know more than we do? What can they do more than we? What do they see which we do not? Will not one of them, some day or other, traversing space, appear on our earth…”

See my review (here), re the versions of the wind, a day or so ago, of Captain Marryat’s story that was somehow readying me for re-reading The HORLA and, by equal chance, see my concurrent reviewing (here) of Zelenyj who also today set fires from stars.