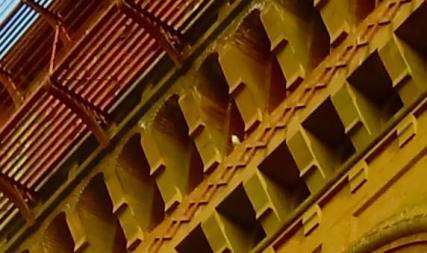 Yes, tonight in the Mercury Theatre, Colchester, a magnificent performance of the Beethoven Diabelli Variations that I have long called ‘Dabbling with Diabelli’ (the title of one of my first published stories in the early 1990s).

Performed by a wonderful pianist: *Imogen Cooper*
Live! A privilege. A lifetime ambition inadvertently achieved. Her fingers were the Diabelli, and her facial expressions part of working with the music, a disarming spirituality. (Also intrigued by her tablet music score that she seemed to work with her foot.) But as you can see from the programme above, Schoenberg (for me, a rare live performance of another of my favourite styles of music), is shown with large detailed space, but lasted only a few minutes as an exquisite, distilled dream. But the Diabelli with one brief programme mention lasted a majestic 55 minutes!

My experience of the Diabelli was slightly disrupted by Arch-Brexiteer Bernard Jenkin suddenly intruding, just before it started, into the audience row in front of me, so that, as I understood it, he could see her hands. Perhaps he also wanted to feast upon those Diabelli…

There was another significant experience in the Schoenberg’s Six Little Pieces Op. 19, leading straight into Haydn’s Sonata No. 60, which I had not expected. In fact, the existence of the Diabelli performance in itself was a surprise to me, as my wife had arranged this visit and I had been unaware of the programme until I got there.

Just outside the Mercury Theatre there is Colchester’s Jumbo. Above, I show yesterday’s close-up of the falcon that is currently in residence. Also I show Jumbo from Colchester High Street’s sightline as we walked to the theatre – on a drained thundery tense evening. As a child in the 1950s, I think I took the sight of Jumbo for granted. Hidden in plain sight, as it were. Yesterday, it looked like an Oriental Temple from an Alternate World.

Please don’t forget — the  more any of these reviews are encouraged to be read here the more this site becomes a living worm ouroboros for all of them! 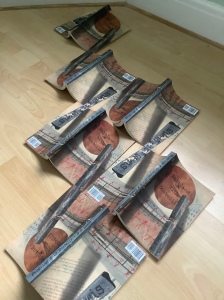