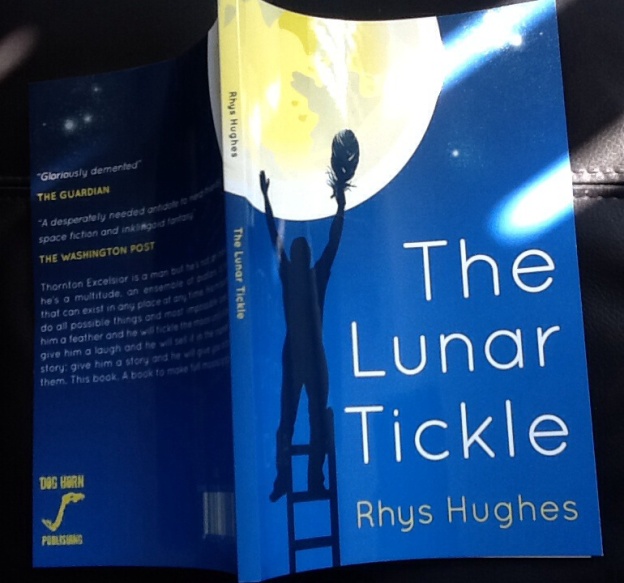 I have received my purchased copy of

Stated in the book:

“Featuring Thornton Excelsior, his friends, his enemies and avatars, with the author and reader in cameo roles.”

“Dedicated to Stephen Theaker – A man who appreciates the seriousness of the absurd.”

“The logic that controls the action of the following suite of linked tales isn’t always the logic of everyday life; sometimes it’s the logic of word association instead. Don’t be dismayed or daunted. Step right inside!”

My reviews of other Rhys Hughes works linked from HERE.

THIS REVIEW WILL TAKE PLACE IN THE COMMENT STREAM BELOW AS AND WHEN I READ THE STORIES.

31 thoughts on “The Lunar Tickle”