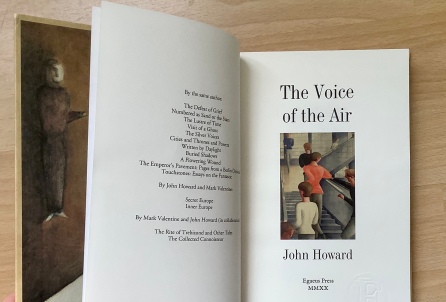 Covfefe permitting, I shall be reviewing this book in the comment stream below…

21 thoughts on “The Voice of the Air – John Howard”